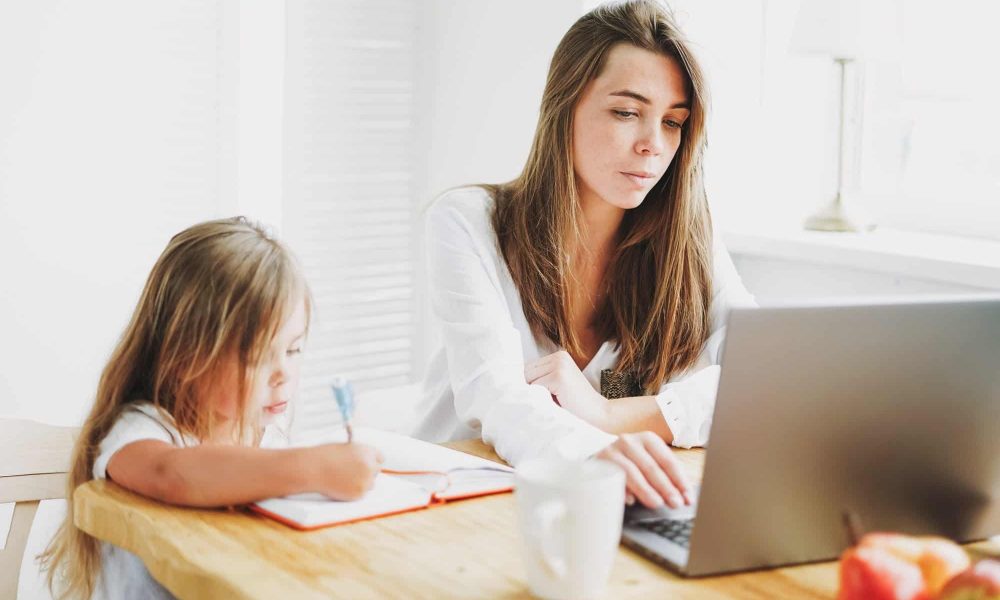 The COVID-19 pandemic has exacerbated the pressures parents feel. Many are working from home and juggling caregiving duties as schools, day care centers and summer camps are closed or severely limiting the number of attendees. Workers with children ages 5 and younger may feel especially stressed.

“The issue is particularly important for women, who remain underrepresented on leadership teams and who are shouldering an even higher burden of care,” the Boston Consulting Group (BCG) said in a new report. Without a strategy for addressing caregiver needs, “companies risk backsliding and losing their hard-won progress on gender diversity.”

BCG’s research, Working Parents Survey: Easing the COVID-19 Burden on Working Parents, looked at how COVID-19 impacts parents in France, Germany, Italy, the United Kingdom (U.K.) and the U.S., and how employers can address the needs of employees who are parents.

The report is based on a survey conducted March 20-April 3 with 3,055 working parents. All respondents had at least one child under age 18 living with them at least 50 percent of the time. All were working full or part time at a company with 100 or more employees working at least 10 hours per week.

Parents also are putting in more time—28 extra hours per week—on household chores, child care and their children’s education. Men and women said they were sleeping less, their ability to do their job while working from home is being impacted, and they’re worried about their performance review.

It’s important for managers to talk with employees about the constraints they are working under and set expectations at the outset instead of when the work is accomplished, noted Matt Krentz, managing director and senior partner at BCG. When the pandemic started, people thought they would be quarantined at home for six weeks and would “power through it like any short-term crisis,” Krentz said. Then it became clear the crisis was not short term.

Managers have to speak clearly with employees, he said. That could include weekly pulse checks or team discussions. “Look at what’s really critical and what’s not. You start to realize that some things you do or ask people to do aren’t as critical as you may have thought. Reprioritize what’s critical, and set the deadline and goals accordingly.”

Pre-pandemic, women were putting in about 10 more hours per week in home-related tasks, including child care. Since the pandemic, they’re putting in an extra 15 hours, BCG reported.

“But the challenge is we don’t value or perceive the leadership ability that’s happening right now” by those women, Krentz said. Those responsibilities may mean they are unavailable for virtual networking, for example. “I’ve also seen somebody schedule something in the evening, and the mother was literally falling asleep while we’re having the conversation,” he explained. But the employee logged in because she was afraid of appearing unengaged.

“In my conversations across teams I work with, I still hear, when push comes to shove, the woman will say, ‘Maybe I need to step back and work fewer hours, or quit until things get back to normal,’ ” Krentz said. The risk for companies is the potential loss of leadership because, he pointed out, front-line or middle managers often are parents of children ages 5 and younger.

A survey report Working Mother magazine released in April also found that parents with children under age 7 were feeling stressed or anxious and thought their parental responsibilities while working at home were impacting their engagement more than for parents with children in middle or high school.

Employers should check in with their employees to solve problems before those issues lead to failed projects and lower productivity, said Laura Sherbin, Ph.D., an economist and the managing director at Working Mother Media’s Culture@Work advisory group.

“[Checking in with employees] needs to happen at all levels,” she said on the Working Mother Media website, “at the company level with a survey, at the group and team level with real and honest conversations about how work gets done in this new reality—hint: It’s not the same way, but virtual—and at the individual level with managers reaching out to members of their team.”

There are steps organizations can take to help their employees manage their increased responsibilities at home. The most common accommodation, BCG found, was allowing a flexible daily work schedule, but this was available only to about half of employees working from home. Other employer adjustments have included reducing work hours or the amount of work expected, adjusting deadlines, and reprioritizing projects.

And as some organizations begin bringing employees back into the workplace, the pandemic is showing the importance of caregiving benefits in employees’ lives, SHRM Online reported in May. Among companies that did not close or have reopened, 42 percent said they had a dedicated plan for employees with child care responsibilities, the Society for Human Resource Management (SHRM) found.

Knowledge industries were much more likely to have a child care plan than those in other sectors. Allowing for flexible work hours is the most common accommodation, followed by considering or implementing remote work and reducing work hours.