When and How Employers Should Respond to Employee Activism 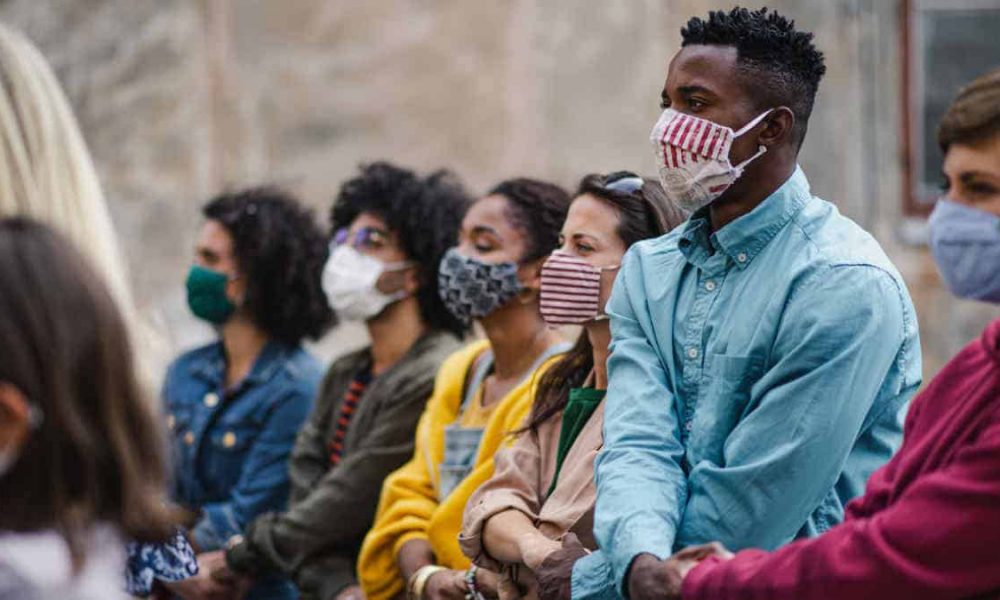 ​Employee activism is rising and becoming a defining feature of the modern workplace.

More than 80 percent of employers expect a rise in activism among their employees by 2024, according to research by global law firm Herbert Smith Freehills. However, there is no uniform definition of what employee activism is or includes, or a singular response that works for all organizations. Every company must decide for itself if, when and how to respond to employee demands for change, the research concludes.

After Coinbase CEO Brian Armstrong announced in a blog post last fall that he wanted employees at the Silicon Valley cryptocurrency exchange to be “laser-focused on the company’s mission and cease to engage in broader societal issues when they’re unrelated to our core mission,” the mandate created an internal uproar among the staff.

Armstrong responded by encouraging “activism-focused” employees to leave and offered them a generous severance package as an incentive. About 60 employees, or 5 percent of the company’s total workforce, took him up on his offer.

While some praised Armstrong’s decision to maintain an apolitical corporate culture, others perceived it as shortsighted.

“The view that it is possible to be apolitical reveals a failure to understand that inaction is not neutral,” said Megan Reitz, a professor of leadership and dialogue at the Hult Ashridge Executive Education program outside London. “It can open the company to criticism on the very issue it was hoping to avoid.”

It may also be difficult for companies that try to maintain this kind of culture to recruit and engage a multigenerational workforce. In a 2017 study conducted by Cone Communications, more than 70 percent of employees surveyed said it was imperative or very important to work for an employer with a mission and values that align with their own.

“Younger generations expect meaning and purpose along with a paycheck,” said Michele Egan, vice president at For Momentum, a social impact agency in Atlanta. “They want to work for companies that take a stand on issues they care about.”

What Is Employee Activism?

Employee activism is often associated with actions that employees take in response to specific societal events or company policies and practices, and these actions often take the form of public protests, social media campaigns, information distribution to fellow employees and more.

It can also be tied to global issues, said Pendragon Stuart, associate director and sustainability expert at GlobeScan in London. “Employee activism is often related to topics that are considered part of the sustainability umbrella—environmental, social and economic—ensuring that things can continue so that people can sustain a decent quality of life,” Stuart said. “Businesses are under a lot of pressure to ‘do the right thing.’ “

In her research, Reitz found three common mistakes business leaders make when dealing with employee activism: denying there’s a problem, believing that they can be apolitical and rushing to make quick fixes.

“The term itself is loaded, and people come to it with assumptions and judgments which go on to affect their response,” she said. “One of the most important changes is the realization that to stay quiet is to perpetuate the status quo. Leaders can no longer claim neutrality and objectivity, because even sitting on the fence is seen as a political act.”

“The rise of employee activism presents new challenges for companies in striking the right balance between engaging their employees in issues that matter to them, staying true to their corporate mission and values, and being a force for social good,” said Jim Starr, president and CEO of America’s Charities in Chantilly, Va.

There’s also no need for company leaders to speak out on every issue, Stuart said. “Businesses have to decide what they stand for, where they want to focus their attention, and where they can and should engage.”

A company’s decision on whether to take a stand on an issue also depends on how the social issue may impact that company, said Kathryn Petralia, co-founder of Kabbage Inc., a midsize fintech company headquartered in Atlanta. “It’s really not political for us, it’s more about protecting our business. We don’t want to alienate our employees, and we reach out often to make sure they feel comfortable,” she said.

After the shootings at Marjory Stoneman Douglas High School in Parkland, Fla., that killed 17 people, Kabbage took a proactive approach by encouraging employees to get involved, and HR offered them paid time off to participate in protests. The company also refused to fund businesses that sell bump stocks, semi-automatic weapons or guns to people under 21.

However, when employees asked the company to stand up for the Black Lives Matter (BLM) movement after the killing of George Floyd by police in Minneapolis, the leadership team wasn’t convinced initially that this was a business problem. They elected to discuss the issue at the company’s weekly town hall meeting before making a decision.

“Our employees made the issue come to life for us by telling their own life stories,” Petralia said.

As a result of those conversations, employees were given paid time off to participate in the protests (which Petralia also attended), and the company offered to pay their bail if they were arrested.

This kind of follow-through is key to a successful outcome. In a February survey conducted by United Minds, a change management consulting division of Weber Shandwick, nearly half of employees surveyed said they believe that although their employers “say the right things,” they don’t actually “walk the talk.”

“Employees are not content with employers that merely give lip service to support but do not follow up those assertions with meaningful action,” said United Minds President Kate Bullinger.

The cause should reflect current corporate practices, whether it’s sustainability, diversity, health care or philanthropy, Egan said, adding that “it doesn’t bode well if the company publicly supports these ideals but is found lacking on taking action toward these values internally.”

Stuart agrees. “Employee activism provides an opportunity to help identify what should improve within the company,” he said. “If there’s a disconnect between what you say and what you do, it’s better to get ahead of the issue.”

When employees of a social service agency in Chicago wanted the organization to issue a statement supporting BLM, the agency’s leaders worried that the lack of diversity on their board would open them up to public scrutiny and criticism. They helped to solve that problem by adding two board seats and recruiting two highly qualified Black board members.

“Employee activism is fundamentally about voices of difference challenging the status quo and power structures,” Reitz said. It seeks to change the nature of the employer-employee contract.

“Human resource [and communication] professionals need to work together to help their organizations understand the potential risks, as well as the possible benefits of employee activism,” said Paul Barton, founder of Paul Barton Communications in Phoenix. “The first step is to understand how your employees feel about specific social issues. Make sure they feel heard.”

Because the issues around employee activism can be both divisive and emotionally fraught, it can be beneficial to have an employee activism policy that gives guidelines to help defuse challenging situations and bring fairness to the process.

“It’s especially important to have protocols in place for what to do if you disagree with the activism,” Messeloff said.

“A good policy gives permission to or prohibits employees from speaking publicly in opposition to their employer and/or speaking up for change,” said Gina Rubel, founder and CEO of Philadelphia-based Furia Rubel Communications.

But it doesn’t help to have a policy if no one knows where to find it or what’s in it, and it’s up to HR to make sure that doesn’t happen.

“Be transparent about why you are making a decision to act or not to act,” Bullinger said. “If you listen to and understand your employees, you are less likely to get caught off guard.”

When Kabbage decided not to provide loans to new customers whose businesses had been devastated by a hurricane, some employees questioned why the company wasn’t willing to help those businesses in their time of need.

“We had to explain to them that we are not a relief agency,” Petralia said. “There are federal agencies available to help those businesses.”

Consistent enforcement is another area where employers may stumble, said Amy Rosenberger, a Philadelphia labor and employment attorney with Willig, Williams and Davidson. “Employers can leave themselves open to allegations of discrimination if they treat individual employees differently.”

Stuart agrees. “Take a closer look at your grievance processes to make sure they are fair to everyone and that there are no accidental biases,” he said.

For example, if you ban BLM T-shirts, you need to ban all political slogans in the workplace.

Rubel believes that smaller companies may have an advantage over larger corporations because they know their people better. Her company fosters a “speak up culture” where employees are encouraged to share their opinions and concerns regardless of how controversial they may be.

“Everyone should be able to bring their whole self to work and to speak their truth,” Rubel said. “I have learned more and grown more as a leader by not stifling employee opinions and by providing opportunities for conversations.”

Arlene S. Hirsch is a career counselor and author with a private practice in Chicago.