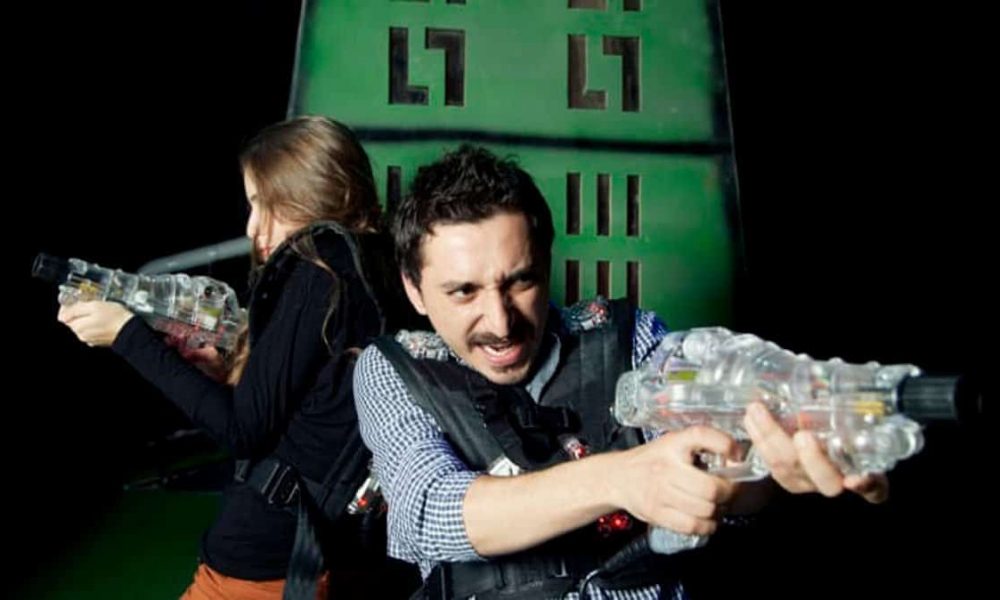 Your job candidates have arrived, but you don’t plop them down for a two-hour writing test nor insist they discuss their professional strengths and past career challenges. No, you usher them into a dark room, handcuff them to a bench and insist they work together to flee their—

Because as far as your company’s concerned, how they play the game will tell you if they are team players, appreciate different perspectives, delegate authority and communicate well.

Escape rooms, laser tag, glow-in-the-dark miniature golf, board games, capture the flag—all are unorthodox ways that some companies are sizing up job candidates and potential recruits.

Yet while games may sound like a welcome relief from dry interviews and even drier written assessments, skeptics warn that they may be an inexact way to assess an applicant’s strengths and weaknesses and may even lead to legal troubles.

While Not Ubiquitous, Games Have Potential

The number of companies using games and other unorthodox candidate assessments is probably low, said Gary Swift, managing director of GolfSupport.com, an online golfing-equipment retailer based in the United Kingdom. The popularity of such games, he said, seems to be prevalent at creative companies, such as tech startups.

One study published in March 2018 in the Journal of Nursing Education reported that the University of Nebraska Medical Center created four escape rooms to show how nursing students could use their skills during health care emergencies. In teams of four, the students solved puzzles reflecting patient health scenarios involving injuries from a motor vehicle accident, depression and childhood asthma.

“It could potentially just be a fad,” Swift acknowledged, adding that some companies may be turning to these games because they’re “becoming frustrated with the traditional recruitment process of sifting through [resumes] and then carrying out interviews and assessments.”

There may be other dynamics driving the use of unorthodox assessment tools.

The need to enhance the job candidate’s experience might be one, said Mike Cox, president of Cox Innovations, a management consultancy in Houston.

“Technology has helped shift the ultimate ‘buying power’ in the recruiting relationship from employer to candidate, at least when dealing with top-tier candidates,” he said. “Consequently, there is a burden on companies to not only make the candidate’s recruiting experience positive but also unique and memorable.”

Companies may also try to stand out by appearing innovative, cutting-edge and trendy, he said.

Cox senses that some of these unusual assessment techniques “will become proven over time and will gain prominence slowly,” although they are used by only a handful of employers.

“I doubt we will ever reach a point where they are ubiquitous,” Cox continued, “but I can foresee a point when they are common enough to no longer be considered unorthodox.”